Personal Note: You may know that I am the SEO Manager for Groupon, a competitor/co-opetioner with some of the sites mentioned here. I found this example reading group buying industry news, not in an effort to spread stories about other sites in Groupon’s space. I would have felt compelled to post this perfect example of good and bad commenting even if it had been a story completely unrelated to my employer’s industry simply because it is related to the SEO industry.

Comment spam is one of the lowest forms of “link building.” Yet people continue to do it because it’s easy, because they think it works and because they don’t understand that many comment sections aren’t crawlable even if the links are followed. But sometimes comment spammers get outed, like in the comments on this TechCrunch post about the partnership between BuyWithMe and SCVNGR. I grabbed a couple of screen shots in case the thread is deleted to illustrate this example (click them to enlarge). 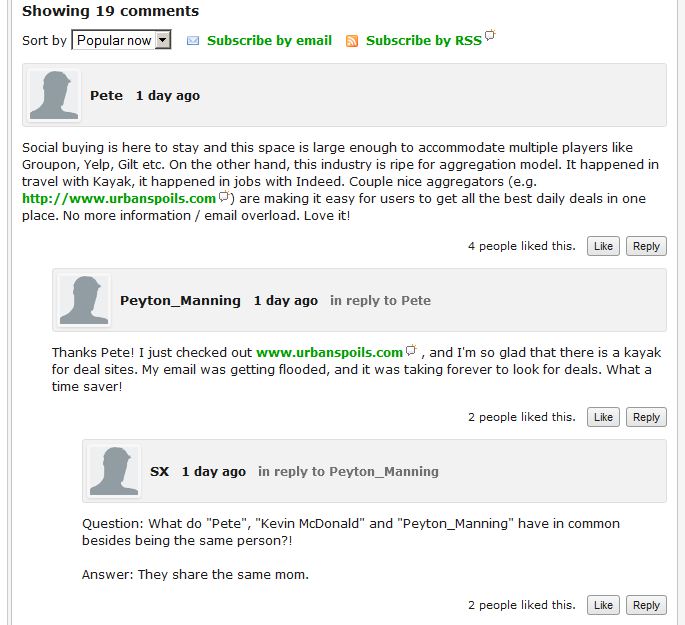 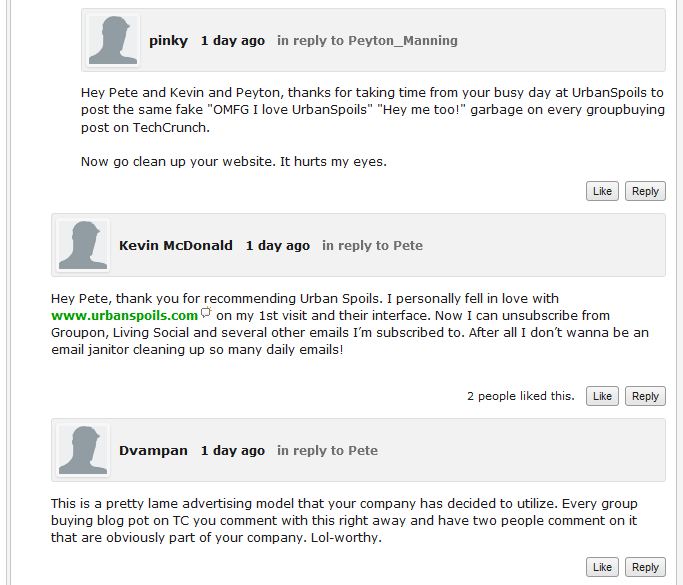 What’s wrong with these comments? If they are from real people with real opinions, nothing. But the same users allegedly posted these comments on multiple posts on the TechCrunch, leaving links to UrbanSpoils on each. Other readers recognized the tactic and called him/them out on it. Personally, I can’t find any duplicate comments from these users, but I didn’t look very long either. The point remains: Comment spam at your peril — is the link inserted valuable enough to risk the scorn of the other readers and commenters? My answer is no. And in this case at least, certainly not. Here’s why:

Not all commenting is spam, of course. When you legitimately have something of value to add to a conversation and when you disclose your identity if you have a self-interest, then comment away. On the very same post, the co-founder of SayLocal comments, disclosing his identity and self-interest. You’ll note that no one flames his comment. It may be just as self-interested, but he has given us the ability to judge his comment honestly. 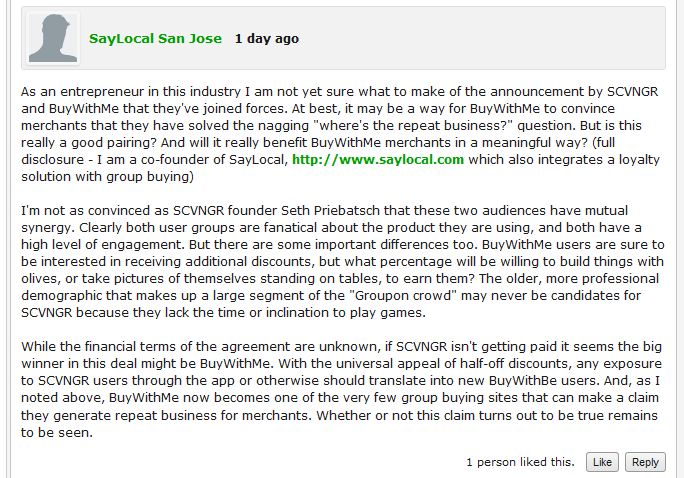